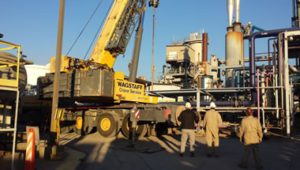 Houston is one of the largest and most economically powerful cities in the entire nation. Houston boasts a population of 2.3 million people, making it the fifth-most populous metropolitan statistical area in the United States. And, the second-most populated city in the great state of Texas. In fact, the Houston–The Woodlands–Sugar Land metropolitan statistical area has a super impressive gross domestic product of $478 billion, the sixth largest in the whole country.

This is why businesses large and small come to Houston as startup firms or to establish branches. The economy of Houston primarily relies on the industries of oil and gas, petrochemical production, medical research, health care, high-technology, government-civilian services, and more.

GET A FREE CONSULTATION TODAY!

Fill out the form below today and we'll call you back to discuss your commercial loan scenario.